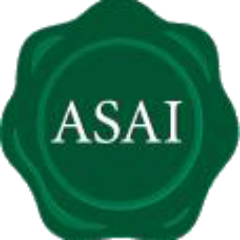 The ASAI & IAB Ireland held a special briefing for IAB Ireland members in Dublin on the 20th of January. The purpose of the briefing was to outline the areas of the new ASAI advertising code for Ireland (7th Edition, which will come into effect on the 1st of March, 2016), with a particular emphasis on Digital and Online.

During the briefing, Orla Twomey, the new Chief Executive of the ASAI covered the main additions to the code, changes with existing sections of the code and highlighted the particular area’s which may impact digital marketing and advertising. Throughout the session, IAB Members had the opportunity to ask questions, clarifying the nuances of the code in relation to digital operations.

Download the presentation deck from the briefing here ASAI – IAB Ireland 20th January 2016 or see review notes on briefing below:

Most important takeaway:  Any Digital Campaign to ensure compliance with code, should first check product/service in relation to code and appropriate section within code. The full section by section breakdown of the ASAI code is here >> If in doubt…. contact the ASAI for a free and confidential consultation

Other key points to note: