Ireland is one of 11 countries participating in an International IAB study which has just been launched: 2014 World Cup: A Global Mobile perspective.

The research was carried out by IAB’s across eleven markets between April and May 2014. Some 5,500 interviews were conducted with adult football fans, who owned a smartphone across 11 markets (Australia, Brazil, China, Colombia, France, Ireland, Italy, Japan, Mexico, UK and USA). The research was conducted via a mobile survey by research agency On Device Research.

Spotlighting a strong opportunity to reach those soccer / football fans through mobile marketing, the research shows that over a third (37%) of those surveyed globally already positively interact with Mobile Ads on a daily basis (29% Ireland) and 68% are willing to pay for World Cup Content (63% Ireland).

Some other key take-aways from the global study are:

View the World Cup of Mobile Infographic which highlight’s the main results and where the results for Ireland can be benchmarked against other markets. A full presentation of results is also available on request.

A 20-question survey was designed and fielded by OnDevice Research in 11 markets (Australia, Brazil, China, Colombia, France, Ireland, Italy, Japan, Mexico, U.K. and U.S.). In each country 500 consumers who were 18-plus, owned or had access to a smartphone, follow football and plan to follow the World Cup were interviewed via their mobile device. All respondents were asked the same questions, with fieldwork taking place from April 22 – May 12, 2014. 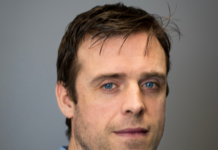