IAB Ireland, as part of the global IAB network believes in an ad funded internet. Our aim is to help brands reach their audiences and to provide revenue to publishers so they can continue to make their content, services and applications widely available. We believe ad blocking undermines this approach. IAB’s LEAN and DEAL initiatives are designed to provide a better UserX of digital advertising and minimise the use of ad blocking.
IAB US, IAB Europe, national IABs and the IAB Tech Lab are also among the founding members and supporters of the Coalition for Better Ads along with leading international  trade associations and companies involved in online media.  The coalition is dedicated to improving consumers’ experience of digital advertising  www.betterads.org. 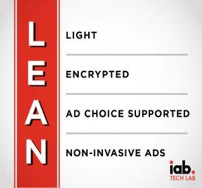