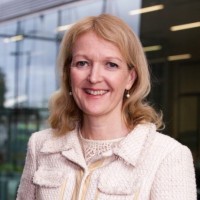 Amid the uncertainty of repeated Covid-19 lockdowns, commerce was driven almost exclusively online and targeted advertising proved to be one of the few effective and affordable ways for businesses to increase sales. In two years of precipitous decline across multiple sectors of the economy, many businesses found a lifeline online that enabled them to sustain themselves and even grow throughout the pandemic.

Irish SMEs are more reliant than most on their online footprint: recent research by the European Commission found that 27 per cent of turnover for SMEs came from online sales, compared with an EU average of 12 per cent, and almost a third of Irish SMEs sell online, many of them utilising low-cost, essential tools to reach new customers, such as targeted ads.

But with the growth in targeted ads has come misconceptions about how they work and who they serve: for example, that targeted ads take advantage of users and offer them nothing in return. This quickly became the prevailing narrative amongst some Members of the European Parliament in Brussels, who proposed to ban all forms of targeted ads in the EU’s Digital Services Act (DSA). While a wholescale ban on targeted ads was dropped by MEPs, several new amendments that would put the ad-supported economy at risk were accepted in a vote in Strasbourg this week. A number of these provisions give cause for concern for those who support a prosperous, innovative and secure European digital market.

In particular, sweeping new language that would aim to address the so-called ‘dark patterns’ could unnecessarily overlap with the existing legal provisions in the EU consumer law, as well as the privacy and data protection framework. These provisions could ultimately restrict users’ experience online, strengthen the gatekeeper role of dominant players, stifling innovation, and would weaken the foundations of a free, ad-supported internet. These effects would be felt most harshly by smaller players: SMEs, publishers and start-ups looking to get a foothold in the market.

SMEs employ more than two thirds of Ireland’s workers, comprise 99.8% of Ireland’s businesses and drive almost 40% of gross value added. The government has prioritised  the need to help SMEs realise their online trading potential, and helped more than 4,300 small businesses to do just that last year.

Targeted advertising is also deeply interwoven with the promotion of a pluralistic media landscape and a free and open internet. It is no understatement to say that advertising funds a free internet, and without it, publishers would be forced to seek alternative funding models for which consumers have only a limited appetite. A 2017 GfK survey found that more than two-thirds – 68% – of European internet users would never pay for news online, while in the 2018 Digital News Report, only 12% of Irish respondents knew that online news was typically not profitable. Research by IAB Europe found that fewer than half of internet users would be willing to pay for more than three subscriptions.

Restricting targeted advertising would stem the flow of funds to an already struggling media sector and undermine digital diversity. But there are implications for innovation too.

Ireland is an attractive hub for tech and startups, with venture capital investment rebounding to almost half a billion euro in Q4 of 2020, and is the European home to some of the biggest online advertising companies in the world, such as Meta and Google. Our stake in this fiercely competitive global market is significant, and harsh restrictions on targeting would stifle the growth of Irish and European champions, and harm our ability to compete on a global scale.

The debate around targeted advertising is not just about advertising. Heavy restrictions on targeted ads, either directly or indirectly, could have significant and potentially irreversible ramifications for Ireland’s economy, media and cultural diversity. Policymakers must exercise caution as the DSA enters the trilogue negotiations.

IAB Ireland will continue to work with our members in engaging with Irish MEPs and Irish government officials highlighting the potential unintended consequences of the DSA for the Irish digital advertising industry and the economy.  We are collaborating on this important work with our colleagues in IAB Europe and an active network of national IABs throughout Europe.

Suzanne McElligott is CEO of IAB Ireland, a board member of the Advertising Standards Authority of Ireland and director of IAB Europe, as well as a member of IAB Europe’s taskforce for Quality Initiatives/Standards. In addition, she has represented IAB Europe on global standard initiatives such as the Coalition For Better Ads.