Our guest Blogger, Maria Scannell, Chief Commercial Officer, Maximum Media has summarised some key findings from Maximum Media’s third annual ‘Slice of Ireland’ insights report, in partnership with Empathy Research. It is the largest and most in-depth research report of its kind conducted in the country.

Over 15,000 people across JOE, Her, SportsJOE and HerFamily  took part in the survey over a three-week period in November, which drilled into everything from the gender pay gap, sexual assault and the housing crisis, to spending habits, online dating and who the voice of our generation is.

Maximum Media welcomed a gallery full of industry representatives to its launch event at the RHA Gallery, which included a presentation from Director at Empathy Research, Robert Clarke, and a panel session where key findings from the research were discussed. Hosted by broadcaster and Her Family contributor Sile Seoige, panelists included Paddy McKenna (Head of Content), Gillian Fitzpatrick (Her editor), Dion Fanning (Journalist, JOE) and Niamh Maher (Journalist and Presenter, Her).

Snapshot of Slice of Ireland 2017 findings:

Slice of Ireland allows us to paint a very extensive, detailed picture of our audience, and what we presented is only the tip of the iceberg, there is so much more involved in this project.

The insights we gain don’t just help us to determine how we develop our own business in 2018, but it also helps us to work even more effectively and collaboratively with our commercial partners. Innovation is at the heart of everything we do here and has enabled us to become the leading digital publisher in Ireland and this report will play a significant supporting role continuing our trajectory here in Ireland and beyond.

To see some of the highlights from the Slice of Ireland report, visit https://www.youtube.com/watch?v=mFgprklSakQ 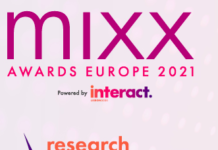 Europe’s Leading Digital Advertising and Research Awards Are Now Open! Here’s What You Need To Enter…