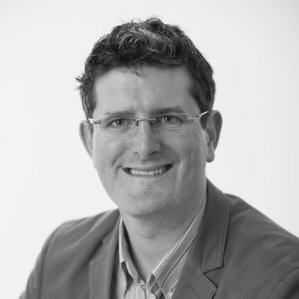 Our guest blogger this week is Diarmaid Mac Mathúna, Head of Client Services, Agtel and IAB Ireland members. Diarmaid talks of the new Apple Clips app and how to best optimise video for social media.

The world of social videos is going to explode this April now that Apple has launched its new video app Clips. Billed as an app that makes it “quick and fun for anyone to create expressive videos on iPhone and iPad” Clips initially sounds like Just Another Video App. But Clips is going to have a big impact because it does quite a few clever things under the hood. Apple have opted out of creating a new social video platform (remember Vine anyone?) and instead opted in to including some game changing features. These include the Live Titles feature that captions video automagically using Siri-inspired voice recognition, and even baked-in facial recognition for quick sharing as messages with people featured in the video if they’re also in your contacts book.

Clips can also post directly to other social media channels which means that next month is going to bring a massive increase in user generated social videos. Our feeds on everything from Facebook to Twitter are going to be full of videos created by our iOS-owning friends. Those of us on Android will just have to watch from the sidelines unfortunately (or find other apps that kind of do the same thing and try to keep up). But agencies and brands can’t afford to stand on the sidelines and they’re going to be under increasing pressure to publish more social videos than ever before. Otherwise they risk standing out on people’s feeds as the only accounts still just posting mostly text and photos.

One of the biggest questions I was asked when I spoke at the recent IAB Ireland workshop on video was about how to best optimise video for social media. Here at Agtel, as a video agency helping clients in Ireland and across Europe use social video for marcomms, we have identified what we call the Six S’s of Social Video. These are the six key features that successful social videos often share. By making sure your online videos contain at least a few of these features you will dramatically boost the chances of them delivering success for you and your clients in a post-Clips world:

1. Start: Because native videos often autoplay they have to grab attention immediately. So no more slow panning shots that look great in your 30 second TV ad – you don’t want feed scrollers to skip past you mistakenly thinking your video is just a photo
2. Silent: Platforms often play videos with the sound off until the user chooses to hear it – so they have to work as silent movies. Even if Facebook has now decided sound really is good sometimes, people still won’t hear your audio track if their phone is on silent or even if they’re already listening to Spotify. So stop spending so much time picking the music and crafting the voiceover script and instead add big chunky captions that literally spell out your key messages
3. Short: Social videos need to be really short so that people watch them all before they browse away on their mobiles to something else. But how short is short? Even Apple doesn’t know the answer to that because one of the new Clips features is that the music seamlessly adjusts to a user’s video clip duration. The optimum duration really depends on the viewing context: 3 seconds works fine for some campaigns, with 15 seconds being best for others and “even” longer also working well sometimes. The best way to find out? Don’t guess – instead do some A/B testing with different video durations on your target audiences to see how long people want to watch your content for. But watch out, there’s an exception to this rule too: when you’re doing live video, longer is usually better because it gives time for word to spread and your audience to build
4. Story: To keep people’s attention, the videos should have a story structure with an attention-grabbing beginning, an informative middle section, and a clear call to action at the end. Otherwise it’s just a bit, well, meh. Tech companies like Samsung and Apple often get this bit wrong when they’re launching new video-friendly products because they focus on the technology demo bit and forget the story bit. For the marketing to work it really needs to get people involved in the story
5. Style: Native videos need to match the style of the platform they’re on. Funny 6 second Vine-style videos won’t necessarily work well on Instagram where people expect 15 seconds of impressive visuals. And please don’t just stick up the 30 second widescreen ad that’s going to be on tv. You’ll get much better results if your video fits in with the feed and is optimised both for the platform and for mobile as Facebook’s Sheryl Sandberg keeps imploring brands and agencies
6. Shareable: To be successful beyond paid and organic reach, the videos must have contagious traits such as social currency and practical value that encourage people to share them. So think about ways to align your video campaign with zeitgeist topics that will make people look good if they share the video. Things like a good cause or social movement that your brand’s videos can be linked too. Oh and “How To” videos are always a good bet because they’re useful.

As Dana Ghazzi and John Almeida of Improve Digital wrote in their own IAB Europe member blog post recently, “To put the rise of mobile video in the ad tech ecosystem into perspective, it’s important to remember that it’s a rise that has been fuelled by three factors: the rise of platforms, changes in consumer viewing habits and advancements in technological infrastructure.” These three factors are constantly evolving, and in addition to Apple’s launch of its Clips app, next month also sees IAB Europe publishing the results of its Video Ad Formats survey. That survey will reveal the latest trends in format use across devices including mobile, and by using these Six S’s of Social Video, I hope that agencies and brands will have an (almost) future-proof framework for creating social videos across all platforms.