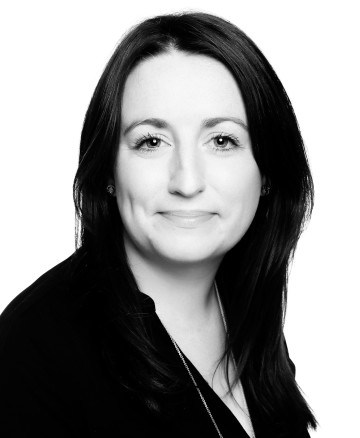 The inaugural IAB Digital Upfronts will be held on October 4th in the Convention Centre in Dublin and many of Ireland’s leading online publishers will be showcasing and presenting their digital advertising innovations to brand advertisers and agencies.

As part of the build-up, Adworld.ie caught up with Katie Molony, CEO of Maximum Media.

Tell us about Maximum Media?

At Maximum Media, we are passionate about creating content you want to share with your friends and have the largest social media audience of any publishing platform in Ireland.

MADE by Maximum Media has a reputation for creating award-winning multimedia content for both brands and users, that not only demonstrates innovation and creativity but an innate expertise for what resonates most with today’s digital audience.

How long have you been around?

In March 2015, we launched in the UK, introducing JOE.co.uk, opening two new office locations in London and Manchester, and attracting over 6M unique users, as well as an enviable social media following.

What makes us unique is that we constantly evolve, investing in strong talent while embracing the latest digital development. The business is moving away from the traditional website model and morphing into a publisher with the main components of both a distributed media company and a TV network.

This format will lay the foundations for video content of its kind throughout the company, with similar productions rolling out across the Irish brands in mid-October.

Tell us about some recent campaigns

The interactive and social focused Crunchie ‘Obey Your Mouth’ campaign highlighted how an omni-channel approach is the most impactful in a digital marketing initiative.

Over 8 weeks, the engineering of a content hub, creation of engaging social and video content, use of interactive rich media, and Snapchat geo-filters – a brand first in Ireland, saw the highest number of unique visitors on Maximum Media produced branded content to date – Over 4.5 million editorial views on both JOE and Her, 1 million views on Snapchat and a reach of 20 million on Facebook.

To amplify Bacardi’s presence at Electric Picnic, we created a 15-minute Facebook Live activation, to showcase Casa Bacardi, the biggest global activation for the brand.

JOE Editor Paddy McKenna fronted the activity, which moved through the onsite bar, VIP area, and culminated in an interview and onstage set with one of the world’s leading electronic DJs, Krafty Kuts.

The flagship podcast of the company, SportJOE’s GAA Hour presented by Colm Parkinson and sponsored by AIB was launched mid-July and has reached number one on iTunes, was over-subscribed at the nationwide live shows, and has a growing loyal audience downloading each week.