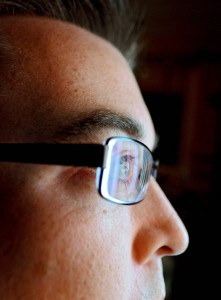 First published on the 20th of September 2015 in Business News – Irish Independent, written by Steve Dempsey

Last month, the IAB Europe found that over 90pc of agencies, advertisers and publishers aimed to increase their programmatic investment or revenue over the next 12 months.

And some are putting even more eggs in the programmatic basket; 40pc expect an increase of more than a third.

So what’s the big deal? What makes programmatic so popular?

First off, what is it? Well, it’s an automated method of buying ad inventory on public or private exchanges. It promises efficiencies and the ability to scale campaigns to media planners, buyers and operational teams across publishers’ platforms and across devices.

“Its like going to a dance with a really good friend who helps you find the right dance partner – from a million potential suitors the minute you walk in the room,” says Graham Wylie, senior director of marketing for AppNexus Europe Limited and chairman of IAB Europe’s Programmatic Trading Committee.

Wylie believes that the arrival of programmatic advertising necessitates a mind-shift by all involved. “One of the challenges with programmatic is that it is a whole new way of thinking about advertising,” he says. “The way ads are priced, sold, served, viewed and measured is changing and there is a lot of complexity in the way that this is discussed and debated within the industry.”

As a result, Wylie maintains that the full potential of programmatic isn’t fully grasped by the majority of advertisers. “Their focus is often on low-risk, easy to implement actions,” he says. “These deliver some cost efficiency but the promise of true one-to-one marketing at scale will only be realised with a longer-term view. This encourages investment in the right skills and technology for brands to really use their data in real-time.

“As knowledge and understanding increases across the industry, we are seeing leading publishers, agencies and advertisers make these strategic decisions and by the time most digital media is traded programmatically we expect to see them pulling ahead of those focused on tactical opportunities.”

“Data is the lifeblood of programmatic, so its quality and quantity is important,” says Wylie. “However, the critical success factor in modern advertising is the ability to use that data in a timely fashion to drive decision making across the marketing mix. Tactical, quick wins are good when starting, but over time the data needs to be part of virtuous circle of insight, action and reaction. Publishers, agencies and advertisers need open and flexible technology to achieve this and it’s been disappointing to see some platforms moving to a closed or walled-garden model in recent years.”

So should advertisers be taking programmatic ad sales in house? “It’s really a question of whether the advertiser’s business is suited to managing their media buy,” Wylie says. “Few are, and as programmatic matures there are much more flexible options than in-house for the majority of advertisers.”

Is Wylie surprised? Not a jot.

“The boundaries between TV and video are blurring as consumers change the way they consume content,” he says. “This makes video a powerful platform for brands, but the current system is fragmented and high cost. Programmatic video empowers buyers to be far smarter about how they target audiences, making limited inventory go further and bursting the cost bubble.

“I expect programmatic video to continue to grow rapidly and it has the potential to pull money from TV budgets as consumer behaviour continues to evolve.”

But the rise of programmatic doesn’t mean the demise of the sales people.

“Advertising is the art of persuasion and that remains a very human skill,” says Wylie. “For all the industry talk of artificial intelligence and machine learning, people will still be central to this business in 2025.

“There will be far fewer lunches and media junkets and the sales person of 2025 is likely to have a very different skill set, but I think that is a good thing for the industry as a whole and consumers will enjoy more relevant and useful advertising as a result.

“The term ‘programmatic’ will feel dated by then, it will have driven such efficiency and performance gains that it will just be the normal way most ads are traded – digital, outdoor, radio, TV and whatever follows.”