Suzanne McElligott, CEO of IAB Ireland attended the launch on July 5th of Boston Consulting Group’s (BCG) report on Digitizing Ireland which was commissioned by Google.

Minister Dara Murphy, TD, Minister of State for EU Affairs, Data Protection and the Digital Single Market attended the briefing as did representatives from relevant government departments and the key stakeholders in the Irish digital industry.

The BCG report identified Ireland as one of Europe’s Digital
Frontrunners: a group of northern European countries which have embraced the digital economy to a greater extent than other EU member states.  A potential of €27Bn in increased GDP and more than 140,000 additional jobs by the year 2020 was forecast should Ireland embrace the Digital Single Market and full adoption of emerging digital tech.
In order for Ireland to achieve these strong results a number of key actions were highlighted, including:

The opportunity for Ireland to collaborate with other like-minded Digital front-running countries was also highlighted to drive the digitization of Europe. The other digital front runners are Denmark, Belgium, the Netherlands, Sweden, Estonia, Finland, Norway and Luxembourg. The report was very well received by the attendees as a very useful resource in terms of prioritising and enabling digitization in the Irish economy.

IAB Ireland is committed to work with national IABs across the digital front-running countries in this common agenda.

The importance of digital audio to advertisers 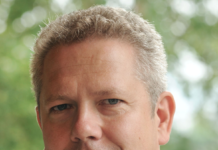 Summer Signs – what can we expect from consumers and what does it mean for advertising?