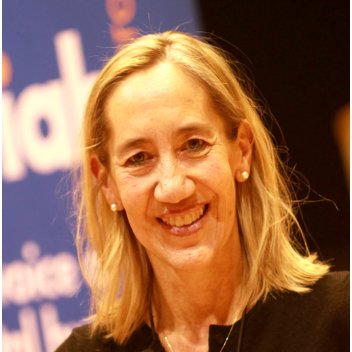 This article was first published on Digiday UK on the 1st of September 2016. Townsend Feehan is the CEO of IAB Europe.

It’s been a busy year for IAB Europe. The rise of ad blocking, the EU Referendum and the General Data Protection Regulation revisions have caused major waves. But it’s the GDPR that’s currently causing the biggest headache for IAB Europe since it could lead to a bleak future for digital ad businesses.

We spoke to IAB Europe CEO Townsend Feehan ahead of her appearance at Digiday’s Publishing Summit Europe in October, where she plans to help raise awareness of some of the far-fetched and potentially damaging ideas that are being discussed in Brussels related to data protection.

Here are the takeaways:

What’s the most pressing issue for you currently?
There’s an obsession in Brussels with tracking and online behavioral advertising. The EU’s horizontal data protection rules, which have recently been revised, have ended up being significantly more constraining for the advertising industry than the original 1995 version. The policy environment is very adverse right now, making it hard to propose measured solutions that adapt regulatory scrutiny to the degree of meaningful risk posed to consumers by a given act of data processing.

So the main constraint is that digital businesses now require user consent before collecting anonymous data?
We’re now facing a whole new debate on the ePrivacy Directive that may take away some of the meager things that were granted by the GDPR, and behavioral advertising is specifically caught in the crosshairs. There’s even talk in Brussels over whether publishers have the right to refuse access of content to users who do not consent to the use of cookies, which comes pretty close to dictating publishers’ business models, something that wouldn’t be tolerated in any other domain. Civil society groups and even some regulators seem sympathetic to the idea that the internet is a special environment where somehow users have the right to free content. It’s a big debate that’s raging and will rage for next nine months in Brussels. It’s astonishing.

What’s the worst case scenario under the GPDR?
Part of the adversity of the environment arises from the fact that data protection and privacy are fundamental rights that are considered by some to trump all other rights. The result is an ideological discussion that leaves little room for shades of gray. The GDPR in many ways imposes a strait jacket, one-size-fits-all approach to a wide range of “personal data” (the definition of “personal data” in the regulation arguably encompasses almost everything), catching in its net completely benign data sets whose processing poses no risk to users from a privacy and protection point of view, along with data on individuals’ personal health or their political-party preferences, which must adhere to the same rules around consent.

So, how does the ePrivacy Directive fit with GDPR?
GDPR was supposed to constitute a modernization of the EU’s data protection rules. We believe that though the new regulation arguably landed in a way that is tougher for publishers and the digital advertising industry, at least the result reflected the various – sometimes competing – needs of all stakeholders, from advertisers and agencies through to technology companies and publishers, to civil society. Now out of left field we see this whole new debate starting as if the last four years didn’t take place. GDPR settled the argument and put in place extremely demanding obligations on data controllers and new rights for consumers navigating the online environment. Nothing more is needed.

Will all this still apply for the U.K. post-EU Referendum?
It’s so speculative right now. It depends what the U.K will want. Do they want good access to the single market? If so, they’ll presumably have to accept rules that look a lot like the EU’s technical regulations on things like data protection. Will they want something looser in which they would have more freedom ? That’s the debate that will play out. I don’t think they will be allowed to be an offshore supplier that gets away with much less stringent rules but also has good access to the single market.

The U.K. has always been an advocate for rules that aren’t needlessly onerous for digital businesses – will Brexit change that?
It’s unavoidably sad because the U.K. does tend to take a rational, sensible, non-ideological and often pro-business perspective on things like this. It’s difficult to think of losing that perspective and that voice. I hope not, but I don’t see how Europe can avoid paying for that depending on the final shape of things. It’s depressing. There is a charming observation attributed to the president of Germany, Joachim Gauch, to the effect that the EU should be magnanimous in the Brexit negotiations for all the young people who didn’t vote to leave, for their futures. We’ll have to see.

Hear more on from Townsend Feehan on what this means for publishers and advertisers, at Digiday’s Publishing Summit Europe this October in Nice, France.

This article was first published on Digiday UK on the 1st of September 2016. Townsend Feehan is the CEO of IAB Europe.