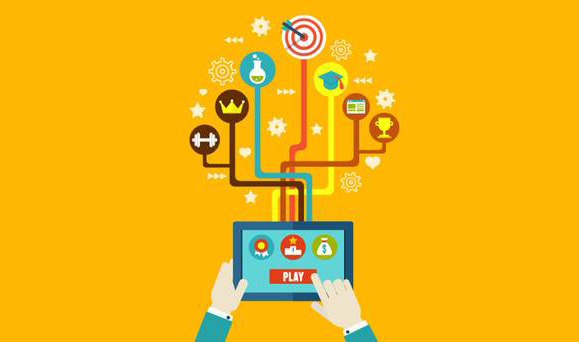 First published in the Sunday Independent on the 10th of January, 2016. View the original article by Steve Dempsey here.

There’s a long list of reasons for the growth in native advertising, or ads that match the form of the site where they are featured. The explosion of ad blockers, the rise in mobile content consumption and the endless inventory of traditional online display advertising are all cited as contributory factors.
Whatever the reason, native ad spend is on the up. The Business Insider website estimated that spending on this digital age advertorial in the United States would grow to $21bn by 2018, up from just $4.7bn in 2013. And it’s relatively big business in Ireland too. According to IAB Ireland, the representative body for online advertisers in Ireland, native ad spend in the first half of 2015 accounted for 27pc of total digital display advertising spend at €16m and 45pc of mobile display. But as you’d expect with any relatively new form of advertising, conventionalised rules and guidelines have yet to be established. As a result, there’s a lot of inconsistency from publisher to publisher and even from campaign to campaign. But just before Christmas, the United States’ Federal Trade Commission rolled out the red tape and issued a policy statement on native ads. It called on marketers to clearly flag the commercial nature of the native ads they pay for. Anything less, according to the FTC, amounted to deception.

Here’s a snippet: “Deception occurs when an advertisement misleads reasonable consumers as to its true nature or source, including that a party other than the sponsoring advertiser is the source of an advertising or promotional message, and such misleading representation is material. “In this regard, a misleading representation is material if it is likely to affect consumers’ choices or conduct regarding the advertised product or the advertisement, such as by leading consumers to give greater credence to advertising claims or to interact with advertising with which they otherwise would not have interacted. “Such misleadingly formatted advertisements are deceptive, even if the product claims communicated are truthful and non-misleading.”

It’s pretty dry stuff. And while most people wouldn’t be enthused about the prospect of increased regulation, it is an attempt from the FTC to help make native advertising more profitable for all.

So what about here in Ireland?

Do we need the Advertising Standards Authority or some other industry body to step in and lay down the law? Are guidelines required for native ads in Ireland? 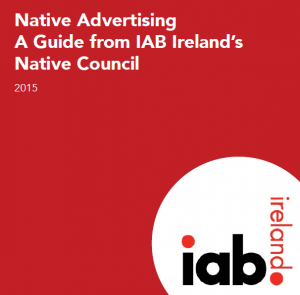 “Everyone in the chain – publisher, advertiser, agency – has a responsibility to the audience to be transparent about native advertising and treat the reader with respect,” says O’Meara. “Research from Yahoo UK last year shows that if content is truly engaging, then readers don’t care if it is an advert.”

In some ways then, publishers need to adopt a similar mind-set to creative agencies. They’re becoming partners to advertisers, helping them to craft a message that will resonate with an audience rather than simply selling media space. A subtle mind-shift is required to ensure they create native ads that work for readers and advertisers alike.

But there’s also an onus on the advertiser to embrace story telling over hard selling.

To date, Netflix has been the shining light in this regard; it created a feature on US presidents and their wives with The Atlantic to support its political thriller House of Cards, a feature on the economics of cocaine in Colombia with the Wall Street Journal to promote Narcos, and an in-depth look at women in prison with the New York Times to promote Orange is the New Black. Each of these stories isolates a particularly compelling aspect of these shows, builds a compelling narrative around it and, crucially, packages it up into a slick format.

Do they adhere to rules and regulations?

Well, they’re all clearly marked as sponsored content. But any such demarcation is quickly rendered insignificant by the editorial quality of the pieces. So advertisers and publishers should be more concerned with editorial quality over regulatory guidelines. That said, it’s undeniable that clear and common guidelines would help shield consumers from false promises, prevent publishers from undermining their own credibility and stop advertisers becoming irritants.