As the trade organisation for digital advertising, IAB Ireland has been extremely concerned since learning of the incorrect reporting of audio stream audience numbers which has been the subject of recent reports involving Maximum Media.

On learning of this incident, IAB Ireland issued a statement on November 15th strongly condemning ad fraud. The statement may be read here.

The IAB Ireland board discussed the situation on a conference call on the 18th of November and given the seriousness of the issue, a decision was made to hold an emergency board meeting on the 25th of November in connection with this matter.  At the board meeting a decision was made by IAB Ireland to hold an urgent meeting with Maximum Media, which was held on the 29th November.

Justin Cullen Executive Chairman and Gillian Fitzpatrick CCO of Maximum Media attended this meeting, and provided background to the 2017 incident, addressed questions posed by the IAB Board, and outlined actions taken since, including the recently announced changes to Maximum Media’s executive management structure and governance in Ireland.

At this meeting, Maximum Media assured the IAB Ireland board of its commitment to full adherence to IAB Ireland’s Publishers’ Commercial Charter, which Maximum Media signed up to along with  all other publisher members of IAB Ireland in 2018. This charter specifically calls out commitments in respect of non-human traffic and ad fraud as well as brand safety, audience segment composition, viewability, reporting and verification.

IAB Ireland remains concerned about the Maximum Media incident.  Our IAB Publisher Council will continue to review the Commercial Charter to ensure its continued purpose in fulfilling its remit to uphold agreed commercial standards in Ireland and to demonstrate all publishers’ commitment to trade in a transparent and open manner. Going forward, the Publisher Council will also provide regular bi-annual updates to the IAB Ireland board on same. 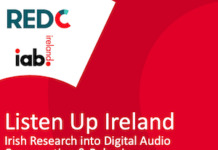 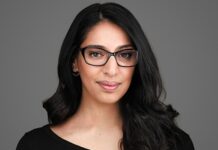