The second part of a blog on why this sporting event offers a huge opportunity to brands. Read the first blog post on the World Cup of Mobile.

There is no doubt, it was a fabulous tournament with the culmination happening in dramatic style in extra time when Mario Götze scoring the winning goal in the 113th minute. Not only did Google present a summary match card whenever a user searched any terms connected to the competition they also produced a daily World Cup Trends site.

I particularly liked the image above, “Keeping the faith. During the World Cup final, searches in Argentina for the Lord’s Prayer were 66x higher than those for the World Cup song”.

According to Twitter data, the World Cup championship final between Germany and Argentina set a new Twitter record with 618,725 tweets per minute. As the dust settles on the tournament, some fantastic analysis and reports have been published around the web. My favourite is, the geo-tagged tweets analysis, which created a heat map of activity (courtesy CartoDB) during the nail-biting match Brazil 1- Germany 7 semi-final, with users in Western Europe, the US and – unsurprisingly – Brazil, being most active.

Many reviews support the “World Cup of Mobile” report by IAB (read more in the first blog post).  Not surprisingly, content was king and as the football tournament progressed the volume, quality and creativity of related content was fascinating. There were some clear “Winners” and “Losers”in the frenzy that ensued by the major global brands. Read more about the power of live content in this review of various campaigns. 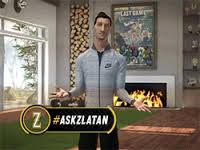 If you fancy a giggle, check out the Nike #askzlatan you tube channel video’s.

Brands utilised the personalities associated with the tournament to great effect and an opportunity for Irish brands could have been the retirement of our legendary anchor of the RTÉ panel, Bill O’Herlihy. As the world reacted to Germany’s win, he said “okey doke” for the last time. As the minutes of the post-match analysis of Germany’s 1-0 win over Argentina counted down to the end of the programme, people began to wonder how Bill was going to sign off 36 years-worth of presenting the panel. After a touching montage was put together by RTÉ, it was obvious how he was going to end it; “We’ll leave it there so.” 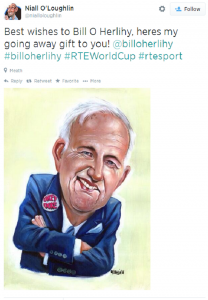 Shortly after there were three trending hashtags, including #wellleaveitthereso. Another example of the opportunity presented to brands by the biggest sporting event in the world. There is no rest however, everything needs to be well oiled as we move onto #tourdefrance……