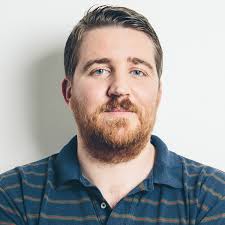 “The video should be about the viewer as well as the brand. So ask yourself – what is the viewer, the person, getting from watching your video?”

We recently asked the IAB Social Media Council to comment on their future predictions for Social Media trends in 2016. We received extensive and valuable feedback from many of the leading Social Media experts in Ireland.  This blog post is part of the Social Media Future Focus 2016 series.

The use of Video on Social Media platforms

As marketers we’re aware that video, when done right, provides strong response from people. But the keyword in that sentence isn’t video, it’s people. Alot of the time the fact that it’s people we’re talking to gets forgotten and the video just doesn’t have a connection. There can be alot of reasons for this, from overthinking it to just plain forgetting the point of the piece. It’s not coincidence that the some of the most watched content on YouTube is How To stuff.

People are interested. They want to know how things work, how to fix something, how to do contouring and so on. The video should be about the viewer as well as the brand. So ask yourself – what is the viewer, the person, getting from watching your video? And I think this is where lots of video on social falls down. We, as people, aren’t being given a good reason to finish watching it. If I’m not learning something new or seeing something beautiful and amazing then I’m wondering what the point is. If your video is just “Hi we’re brand A and we’re great” then I’m switching off. And if you want to grab my attention, be where I am. Don’t be rigid with your lengths. Be prepared to have numerous edits from .gifs to 15 second Instagrams to 30 second YouTube prerolls to the full length piece for YouTube. And be interesting. 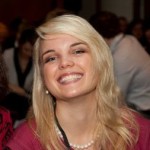 The keyword that seems to be aligned with video for 2016 is the word ‘exploding’, and looking at a few stats, it’s no wonder video marketing on social media is a key trend this year.

According to a report by Cisco, video will account for 80 percent of global internet traffic by 2019. People are continuing to create and devour vast amounts of video, and social media managers can, and have been leveraging this fact. Facebook released data stating that the amount of video from people and brands in the newsfeed has increased 3.6 times YoY. Similarly, YouTube has said that the number of hours people spend watching videos has increased 60% YoY. Snapchat reports 6 billion daily video views in its own right. With stats as strong as these, another prediction will be that the battle between social media channels will ensue, vying for the most video views. Perhaps this will allow for continued optimisations for video ads and video engagement, but either way, expect these stats to rise to lofty heights, and be sure you are part of making the trend. 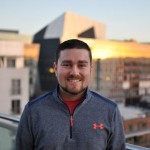 By 2017 74% of all online traffic will be video. That is nuts! I would hazard a guess that when we consider that same statement in social media it will be higher again. We have 2 years to understand video. Right now we’re all over the place. Some are getting it right but the problem is video success right now is the perception that we’re getting it right. Video Retention has got to be the number one priority for advertisers in video.

We are consumed by the ego measures in video, views. The industry chases getting views and as a result is not considering the quality within that view. Take 60 seconds of branded content on any platform. Would you rather 1,000,000 views with an average view time of 10 seconds OR 100,000 views with an average view time of 100,000? Are you Ego or Performance? If we lose the ego we will begin to see better results but also more compelling content. Right now the vast majority of advertisers are creating content that the majority is never viewed. Imagine making a piece of content that the majority of is never viewed.

How much money are you wasting making 3minute long stories? Yes you’ll tell a beautiful story but will anybody see it? After 7 seconds we lose 45% of our viewing audience? After 30seconds you are left with less than 10% of the viewing audience. Think less than 45seconds? The challenge is not to make a 2minute video more compelling, the challenge is the tell stories better and quicker. The consumer behaviour isn’t going to shift back. Facebook, Twitter, Instagram, SnapChat all driving short form. Yes YouTube is still longer form but is that branded content? You might watch 3 minutes of cat videos but will you watch 3 minutes of branded content. Read Matt Mooney’s full post here >>

There is a lot of buzz around this topic currently, and it is a great example of how brands need to be willing to release control to succeed on social. Like all buzz terms, the success of any attempt will come down to the quality of the execution – which content is of such vital interest to a consumer that they need to watch it live? It can be a brilliant way to connect with youth audiences, such as Vodafone streaming a Kodaline gig on Periscope, and brands that are bold enough to release control and invest in content have a massive opportunity to stand out from the heard. 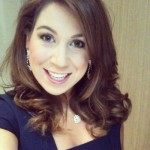 In my opinion live broadcasting on Social media is arguably the biggest trend this year.  There has been an increasing fascination of live streaming and up-to-the minute applications such as Snapchat & Periscope. This looks set to continue and increase in 2016 with more applications seeking to get as close to in-the-moment reality as possible.

Fear of missing out “FOMO” has become a common phrase with millennials this is a feeling brands can tap into giving their audience a limited time offer consume relevant real time content. Burberry launched their 2016 spring collection tapping into people’s desire to get a sneak peek of behind the scenes in real time.

But you don’t have to be Burberry to make live steaming on Social media engage your audience, brands from Permanent TSB to Air Lingus are jumping  all over this trend  hosting real-time Q&A sessions, behind the scenes footage of a company at work or live feedback about a product/or service from the general public. It all boils back to providing value to the viewer that will allow them to build a connection to the brand.
Matt Mooney, Human Experience Strategist at Radical

I have a bit of an issue with Periscope. If you’re a global advertiser I would say ‘Yea periscope is going to be a big deal this year’, however, we live in Ireland. There are very few Periscopers and even viewers in Ireland. This goes back to my user Vs. brand point. I think live streaming is a very interesting trend to observe but just to observe. There are some nice ways to introduce Periscope and some brands are really doing it well. But the scale in audience just isn’t there. Periscope is borderline free to test. Don’t develop an elaborate Periscope plan and book studios. Try it on the fly, use ambassadors and events to try it out. You’ll find that the viewing audience is low and because of the nature of the platform your viewing audience may well not even be Irish. I have tested Periscope with brands and these are the results I’m seeing right now. I think 2016 is the year to observe consumer behaviour in the space and wait for the right time to develop it as a strategic platform as opposed to something you use on one campaign. Read Matt Mooney’s full post here >>