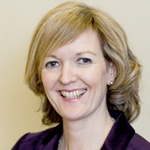 Suzanne McElligott, Chief Executive, IAB Ireland has been appointed to the board of The Advertising Standards Authority for Ireland (ASAI).

All four will join the ASAI Board with immediate effect and will fulfil their duties in conjunction with their respective day to day roles. The Board of the ASAI consists of fifteen Members – the Chairman and four Advertiser members, four Agency members and six Media members. The Board is responsible for managing the business of the Advertising Standards Authority for Ireland and for drawing up and implementing the ASAI Code and reviewing and amending it from time to time. The Board is also empowered to exercise a disciplinary function over members of the ASAI.

Suzanne McElligott, Chief Executive of IAB, has over 20 years’ experience in the media and marketing sector. Under Suzanne’s leadership, IAB Ireland’s outputs across best practice, research, training and policy have driven growth of the Irish digital market since 2010 to a record high of €445m in 2016. She is a former director of Independent Radio Sales, a founder of the Radio Awards, and is a former chairperson of the Outdoor Media Association. As a lecturer in DIT’s marketing department, Suzanne also developed digital marketing course content.