Brussels, 19 February 2016 – IAB Europe today expressed its serious concern following the announcement that mobile operator Three is to impose network-level ad blocking in the UK and Italy followed by a rapid roll-out of the technology in its other European operations.

The ad-funded Internet provides consumers with a rich universe of informational, educational, scientific, entertainment and business services at little or no cost at the point of consumption. Ad blocking threatens the Internet as we know it and penalises vulnerable consumers and small companies who depend on ad-funded online services, as well as undermining media diversity and independence in Europe. Moreover, imposition of ad blocking at the network level is at variance with the principle of net neutrality and a clear interference in freedom of commerce.

The digital advertising industry believes that choice at the individual user level is the way forward and is deeply invested in addressing user experience issues such as latency. The IAB’s L.E.A.N. ads programme is testimony to that commitment.

IAB Europe is the leading European-level industry association for the online advertising ecosystem. Its mission is to promote the development of this innovative sector by shaping the regulatory environment, investing in research and education, and developing and facilitating the uptake of business standards. Together with its members – companies and national trade associations – IAB Europe represents over 5,500 organisations. The online advertising industry is estimated to account for over a million jobs in Europe and contribute over EUR 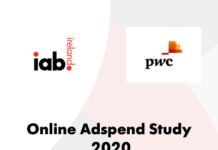