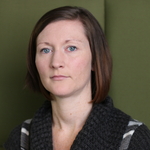 Our guest blogger this month is Aileen McDaid, Digital Strategy Director at the IAB Agency Member; Mindshare. Aileen discusses the impact of Adblocking on the provision of quality internet content and how the new IAB run initiatives will help counteract it’s impact on the industry.

As the wave of Brexit becomes ripples that affect our neighbours (& us) for years to come, talk now turns to the deals that need to be struck. Deals by their very nature are an exchange of one thing of value for another, with both sides inevitably making a compromise.

The negotiations the UK will be making with the EU (potentially the Banker in this game of unknowns) will likely hinge on exchanges of tariffs for the right to trade – but bear with me as I shift focus to deals of a digital nature. The deals I want you to entertain are those that digital publishers will be making with you, the consumer of content, in the very near future.

The fact that one in four1 of us currently use adblocking technology indicates there’s an issue with how the internet is set up – it’s using too much data, interrupting online experiences and being frankly irritating by how many ads are being shown.

If you use an ablocker, the fact that you’re reading this is an oxymoron given you’re clearly interested in digital media – the very thing that’s at risk from adblocking technology!

So what is this DEAL exactly?

It’s part of the IAB Adcharter which is calling for the industry to finally clean up its act and get L.E.A.N. (Lean, Encrypted, Ad choice supported and Non-intrusive ads online). What does that mean? All ads need to be light on your precious data usage, secure, allow you to control how much your interests are used for advertising and of course not interrupt your content browsing experience. That’s everyone’s responsibility – stop pushing annoying ads people! Down with the interstitial, up with the interscroller! (The IAB is going to define this more accurately with an agreed set of formats at the end of Q4 that adhere to the LEAN charter.)

The D.E.A.L. is another acronym (Detect, Explain, Ask, Lift) and is the obligation of the publisher to say: ‘Hey, consumer of my content, if you stop adblocking you can have this for free’. 50% of ad blocking users say they would remove the blocking technology in exchange for good content. So the publisher gets more views of content in exchange for their ads being delivered (and hence revenue) whilst the consumer gets free content. Although they have to ‘put up’ with a few ads they’re more considered, lighter and less intrusive. Already in Ireland seven publishers2 have pledged their commitment and the IAB Europe / US is due to issue a press release imminently to further raise the profile of this directive. 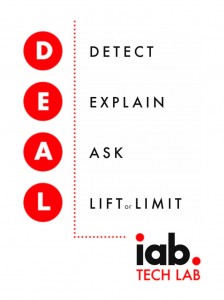 What will this mean for advertisers?

More expensive and premium inventory? Potentially, but as we’re shifting to a viewable trading landscape for digital we should be ensuring what we’re putting in those spots is of high quality and a good value exchange for the consumer. It will also weed out the wheat from the chaff as publishers unwilling to sign up and get these deals in place clearly don’t have a good enough content or site offering so aren’t worth advertising on in the first place…no deal.

1GWI Q4 2015. Note IAB Ireland is commissioning research to understand more about the Irish use of adblocking – to be released in September this year

2Publishers already signed up are: Distilled SCH, DMG, Independent News and Media, Journal Media, The Irish Times and TV3 with others due to follow suit

This blog post was originally published on the Mindshare blog, read the original post “Deal Or No Deal” here.