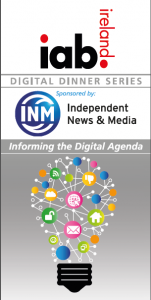 At the first IAB Ireland Digital Dinner of 2015, on January 21st we took the opportunity to question some of the industry experts attending and ask “What is on your Digital Wishlist for the coming year”? Here is a synopsis of the responses.

The key note speaker for the first Digital Dinner of 2015 was Sharon Walsh, Marketing Director, Heineken Ireland  who outlined how Heineken Ireland uses creative storytelling to tell their brand story. They then use effective distribution through owned and paid media which often results in earned media exposure. Her view on 2015 was:  “Storytelling and content are key in 2015, we have already seen how much earned media you can get if you get the story right”

The importance of content is a topical subject, so much so, that IAB Connect 2015 (IAB Ireland’s annual key event) taking place on March, has the theme: Content: Creation, Curation and Amplification. The opportunity for content creation has been revolutionised by digital technology, advertisers and consumers are now actively engaged in developing content alongside digital publishers.  Creating quality content is now an integral part of modern Marketing strategies, both online and offline. Fiona O’Carroll, MD of Digital, Independent News and Media, agreed; “It’s about how to leverage ALL media; online and offline to build integrated campaigns”

The theme of improved engagement and quality of content was also echoed by Orlaith Blaney, the CEO of the agency McCann Blue. Orlaith’s view was on improving the use of Social Media “Engagement is deepening, using the hashtagging of video and TV advertising, looking to involve the consumer more” 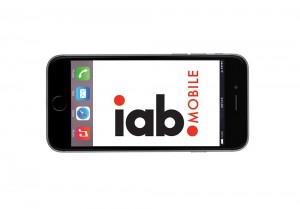 With 85% of Irish adults having access to an on-the-go device (sources: eHSS September 2014 and IAB Ireland Mobile Audit 2014) it was no surprise that the experts also include Mobile on their lists. “Mobile needs to put centre stage” was the key comment from JP Donnelly, CEO, Ogilivy Group Ireland. The effectiveness and creativity of Mobile Advertising was also called out, with Rob Pryce, Sales Strategy & Brand Lead, Microsoft Advertising recommending: “ We need to be increasingly clever on how we interact with mobile”. As an industry, mobile has often been considered as the second-screen or as an after-thought, increasingly it is being recognised that is needs to be placed centre stage.

In terms of Digital Advertising formats, Suzanne McElligott, CEO, IAB Ireland believes that “Both Native and Video advertising are formats we are predicting growth in”. Due to this growing focus from advertisers on the need for a cross platform content strategy IAB is setting up a Native Council for IAB members working in the native/content industry. The first VOD (Video-on-Demand) event ; “The Power of VOD” was held in December 2014 and due to the success of this event we are planning a follow up event in May 2015. Visit the IAB Ireland events calender here.

Note: IAB Ireland were delighted to announce Independent News and Media as the sponsor for 2015 Digital Dinner Series, read the associated Press Release. During the first dinner in January, we also recorded the experts sharing their views in a Vox Pop Video.