IAB Global Research Shows Mobile Web Is Preferred for Functional Tasks and Utility, While Mobile Apps Are Favored for Entertainment and Social Activities

(June 13, 2017) — Nearly two-thirds (63%) of smartphone users worldwide use their device every 30 minutes or more, and over a fifth (22%) tap into their phones every 5 minutes, according to the Interactive Advertising Bureau IAB’s ‘Always On – A Global Perspective of Mobile Consumer Experience’, an in-depth survey of smartphone users compiled from 18 countries around the world. Respondents came from North America, South America, Asia, Europe, and Africa, and the majority of them, no matter their location, report that they access the internet via mobile web and mobile apps at least once a day (mobile web – 88% and mobile apps – 84%).

Check out the Research Infographic here and full report is available for IAB Ireland Members to download here.

The top consumer responses and reactions reported after seeing an ad on the mobile web or mobile apps are:

Smartphone users worldwide report having seen improvements in ad load speed and creative quality on both mobile web and mobile apps over the past year. Those in Brazil, Russia, and South America noted the most progress in their mobile ad experiences. There were consistent concerns across the globe about increased quantity and intrusiveness of ads. However, smartphone users in Brazil and France saw moderate advancement with mobile advertising relevance.

The study shows that consumers from around the world access the internet via mobile web and mobile apps to engage in different types of activities—with use of mobile web leaning toward functionality and utility, whereas use of mobile apps is skewing toward entertainment and social. For example, search, purchasing a product or service, or booking a service online are predominantly mobile web functions. The mobile web environment is also clearly preferred when it comes to accessing information about educational/work, travel, and current events, among other topics. Mobile apps, on the other hand, are favored for consuming entertainment content such as videos, movies, music, and gaming, and are also preferred for communications activities, including email, messaging, social networking, and making voice and video calls.

“These findings confirm the fact that omnipresent mobile usage is a worldwide phenomenon, which creates a tremendous opportunity for marketers,” said Anna Bager, Senior Vice President and General Manager, Mobile and Video, IAB. “Digital advertising is making an impact and motivating consumers to action, whether they access the internet via the mobile web or mobile apps.”

“While we have heard that digital technology has broken down borders, it is interesting to see real research that confirms that smartphone users around the world are in sync when it comes to mobile,” said Chris Kuist, Senior Vice President, Research and Impact, IAB. “The similarities we see in this study persist when it comes to the ways that consumers leverage the mobile web or apps—and marketers should take notice.”

The “Always On – A Global Perspective of Consumer Mobile Experience” study was released at the IAB Mobile Symposium.

A 22-question survey was designed and fielded by OnDevice Research in 18 markets (Argentina, Australia, Brazil, Canada, China, Ecuador, France, Ireland, Italy, Japan, Norway, Russia, South Africa, Sweden, Turkey, the U.K., the U.S., and Uruguay) from April 21 – May 8, 2017. Two hundred adults, age 18+, were interviewed for each market. Respondents confirmed that they own and use a smartphone, and are aware of and use either the mobile web or mobile apps to access the internet on their mobile device.

The Interactive Advertising Bureau (IAB) empowers the media and marketing industries to thrive in the digital economy. It is comprised of more than 650 leading media and technology companies that are responsible for selling, delivering, and optimizing digital advertising or marketing campaigns. Together, they account for 86 percent of online advertising in the United States. Working with its member companies, the IAB develops technical standards and best practices and fields critical research on interactive advertising, while also educating brands, agencies, and the wider business community on the importance of digital marketing. The organization is committed to professional development and elevating the knowledge, skills, expertise, and diversity of the workforce across the industry. Through the work of its public policy office in Washington, D.C., the IAB advocates for its members and promotes the value of the interactive advertising industry to legislators and policymakers. There are 43 IABs licensed to operate in nations around the world and one regional IAB, in Europe. Founded in 1996, the IAB is headquartered in New York City and has a West Coast office in San Francisco. 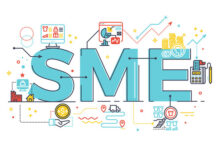 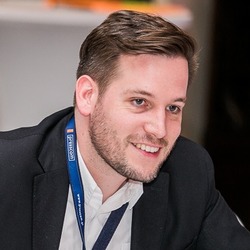