The Power of VOD 2 was launched today at IAB Video Connect at the Guinness Storehouse Dublin.   This is wave 2 of IAB Ireland’s research, conducted by Nielsen looking at the reach and profile of VOD users, the trends emerging in VOD consumption, time spent viewing and reactions to advertising.

The first wave was conducted 6 months ago, and Wave 2 builds on those insights.

The key findings of the research are:

Two-thirds of Irish adults have viewed VOD in the last six months.  This figure skews higher for Adults 16-34 (87%) and also for Housekeepers with kids (84%).  Interestingly, 47% of Adults 45+ have also watched VOD in the past 6 months, illustrating that VOD consumption is becoming more and more mainstream.

Daily VOD consumption has increased +5% in the last 6 months.  Again looking at specific demographics, the highest increases in terms of daily consumption are among Adults 16-24 (+12%) and Adults 45+  (+7%)

Free services are the most popular platforms and deliver the highest reach. 86% of VOD viewers accessed VOD via free platforms eg. broadcast players, TV3, RTE, All4 as well as YouTube and other social channels.

Advertising in and around VOD content leads to further brand engagement.  28% of VOD viewers searched for a brand as a result of seeing the video ad.

‘IAB’s Power of VOD 2 research, demonstrates that Irish consumers strong engagement with VOD continues to accelerate in 2015. It is not surprising that brands are increasingly harnessing the power of VOD in their advertising campaigns’ said Maeve O’Meara, Marketing Manager, IAB Ireland.

Notes: By VOD, we mean streamed, downloaded video content online on any device such as tablet, smartphone, desktop, smartTV, games console.    Both professionally produced and user-generated video content is included, whatever the length of the video.

Full copy of the research will be available to view at www.iabireland.ie

The first wave of this online survey was conducted by Nielsen in September 2014, and presented to the industry in early December.

The second wave took place in March 2015, and comprised of two phases: 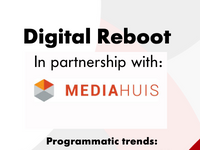 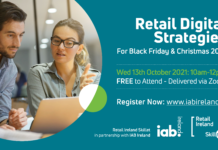 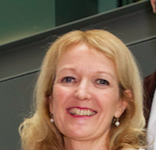