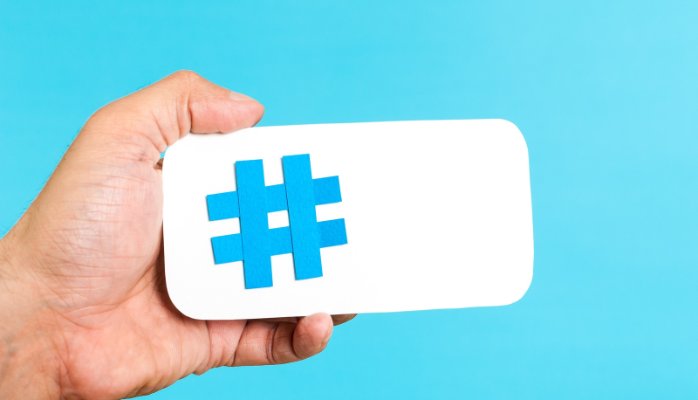 Our guest blogger this month is Matthew Mooney – Human Experience Strategist at Radical.ie, who gives his view on the recent overuse of the Hashtag. Radical are a Creative Digital Agency based in Dublin and are IAB Ireland Members, they have been awarded Social Media Agency of the Year 2013, 2014 and 2015.  Matthew is a member of the IAB Ireland Social Media Council.

A few years ago I remember fighting tooth and nail for a brand I was working with to get a hashtag on to a TV ad. It’s a very effective way of driving that additional conversation from a campaign once the hashtag is actually useful. However, lately people are taking the “michael” with hashtags.

I’m going to have to start fighting to get random hashtags taken off TV and outdoor ads now. Hashtags are another example of something that at face value seems quite simple to understand and we use them all the time but really there is a complexity to them.

Every new campaign needs a new hashtag and once we put them on our ads people all over are going to run around using these hashtags all the time to talk about your brand and tell you how amazing you are………….in opposite land!

Now please understand that what I’m going to talk about here is a ‘Brand Hashtag’ something that long term aids in driving conversation. A campaign hashtag is different in that 9 times out of 10 it is utilised in activation and about driving short term volumes driven by incentive.

I was travelling recently and spent a bit of time in Dublin airport and an airport abroad looking at all the ad placements. Majority of the ads had pointless hashtags on them that were either very self-ingratiating to the brand plastering the campaign name into the tag which was then as a result a HUGE hashtag that would leave you with about enough characters to say ‘Hi’ after you’ve taken a picture of this amazing outdoor sight you so eagerly want to share to your peers on Twitter or Instagram.

The problem with hashtags are that we place too much reliance on people adopting them naturally as a result of seeing them on media placements and content. The reality is for a brand hashtags can take a lot of hard work to get them adopted by people. We need to approach them with more care and thinking. It’s important to come right back to what a hashtag is. It’s essentially a label for conversation. Too much time is spent on picking a clever hashtag than there is developing an actual conversation strategy that will fuel the hashtag.

If done correctly your hashtag has massive power in generating conversation but also developing a platform that becomes recognisable as your brands (This doesn’t mean you need your name in it). Just don’t expect miracles. Landing a hashtag with an audience does not happen organically. It happens by utilising a combination of media and compelling content. So here are a few tips for hashtags.

Ask yourself would you rather have 10 hashtags struggling or one specific brand/product/sponsorship hashtag. Try and start with one hashtag you are going to commit to for 18-24 month period. Landing them takes time and moving form tag to tag might make you feel good because of all your clever puns but the users won’t pay attention to this and the impact is lessened.

Hashtags are most commonly translated by users as ‘Twitter, there for Twitter’. So regardless of whether they are used on other platforms you should approach them with Twitter in mind because Twitter is the only platform with character limitations you should keep that in mind. Try and make hashtags direct and short, no more than 12-15 characters. If the hashtag is long term and eventually you expect user generated content in the form of video or imagery that takes another 23 characters, which leaves you with about 100 characters for user text. We’ve all had that tweet that we had to sacrifice words and spaces and punctuation just to get it under 140 characters. So keep this in mind. Simplicity is easily adopted!

Be the brand that is confident enough to start a trend that the brand steps back from. I know you’re worried not everyone will know it’s you but the challenge then is on your content and media. I can’t stand hashtags like #blahblahblahBRAND. Users are proven less likely to use hashtags that are overtly branded. It doesn’t read conversationally and is less effective not to mention going back to length it adds unnecessary characters. That’s to say don’t use your brand, just use it when it fits and works with the platform. what I’m against is brands who slap themselves on the end awkwardly.

It’s all about the money. Brand hashtags are adopted because we pay for it. The quality of your campaign might reduce the investment cost or increase adoption but I can promise you without resource in the form of content and media it’s going to fall on its arse. Which brings me on to understanding the lifecycle of a hashtag.

Life of a Hashtag

The most important thing I think I’ve come to understand in the last few years is about conversation management. The most successful brands in social experience are understanding the flow of conversations and how they need to manage them. Hashtags are such a tiny piece of this puzzle and if you focus too heavily on them you’ll miss out on the bigger opportunities. In my time working with brands and sponsorships I’ve come to understand a hashtag lifecycle and how embedding tactics are crucial. If you want to see a hashtag fully adopted you better be patient and committed. In order to see a real return on building a conversation platform for your brand, and not just a campaign hashtag you need to have a view of 24 months. My advice is to remain singular where possible and maintain one core hashtag throughout campaigns.

In Year One your focus should be on awareness. Your media, content and activations should focus on driving awareness of your hashtag. Forget about driving tonnes of mentions at this point. Focus on making it recognisable, make sure people see it everywhere and know it. Now is the time to put this core hashtag on other media to land it with the audience.

In Year Two focus media and activations on driving the conversation. Target existing mentions to continue using the hashtag and try to land the hashtag in the vernacular of the users. #TheToughest is a good example of a campaign where in the first year we focus entirely on landing the hashtag with the users in our comms and only in the second year did we really drive the conversation and secure usage in the vernacular. The audience first needed to understand why they should use it before we expect them to use it. Now in year three we have a fully adopted hashtag with organic usage and tonnes of freedom to engage users in more complex activations. Now I know what you’re saying, ‘That’s sports and it makes it easier’. This is true but who doesn’t like a challenge. The same strategy we applied with #TheToughest can be used outside of sports for any brand.

But first you have to prepare for the long haul and be prepared to invest!

I’ll be the first to hold my hand up and say that I have 100% broken all these rules over the years. Either been forced to break them or just broke them myself. There are of course exceptions to the rules but there normally really creative exceptions that are compelling enough to break them.

Hashtags have a lot of power we just need to stop they’re misuse. I expect to be challenged on a few of my views on hashtags but I never claim to have the only answer, or even the right answer, but I always have an answer